England’s Housing Minister: Speech to the Planning Inspectorate, on good and bad design, with a heritage handle 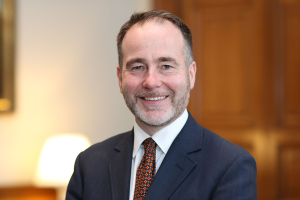 Delivered on:4 March 2020 (Transcript of the speech, exactly as it was delivered)….

….What I see before me are dedicated, hard-working professionals. What you see of course, is yet another new minister.

Seeing new ministers is nothing new for planners. You’ve been seeing ministers since 1909. John Burns was the first Local Government Board Minister to address the equivalent then of the Planning Inspectorate, and he appointed a man named Thomas Adams as the Chief Planner.

Thomas Adams had the sort of challenges that you face. He was the Chief Planner at the time of the 1919 Housing Act – the Addison Act – which built the ‘Homes for Heroes’ after the First World War. He was very keen on garden suburbs. He was keen on gentle density. He wanted to build good urban homes. The sort of things that you see today and are the challenges that we face today.

You see nothing new except for this new minister.

Kit, my predecessor, was in his job for 6 months when he came to speak to you last year. I’ve been in my job for just under 3 weeks, so you are probably thinking to yourselves, “what on earth can he know about planning?”

But what I do know is a bit about is bad design. I live in a house which is very hot in the summer, very cold in the winter, the roof leaks like a sieve, and when I wanted to put a gas cooker into my kitchen at the back of the house the whole of the front of the house had to be dug up to put the piping in. Now, I can’t blame the developer and the planner for my house as it’s about 200 years old. But I know a bit about what bad design can mean for households and homeowners.

And I know about infrastructure as well, and the importance of it…..

And I know a lot about the need for new and better homes…..

And we need more housing for older people…..

I was just talking to the guys when I arrived, and in those 18,000 applications that you dealt with last year, less than 1% were successfully challenged in the courts…..

….Keep the gates open for good quality building and for good design…..