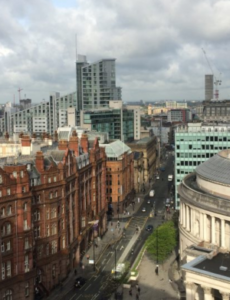 Councils in England have spent £6.6bn on purchasing commercial property in the past three years, the National Audit Office (NAO) has revealed, reports LocalGov, raising concerns on the wider impacts.

The NAO said many local authorities were buying property in a bid to offset Government cuts in funding.

However, it warned the scale of spending and borrowing is exposing councils to investment risks such as the impact of an economic recession.

The report also showed that 38% of purchases were made outside the local authorities’ own areas.

Meg Hillier, chair elect of the Committee of Public Accounts, said: ‘Given local authorities have faced such big cuts, it understandable that many might take part in risky investments to get more money in.

‘However, a fourteen-fold increase in spend on commercial property raises serious alarm bells. Most of these acquisitions by value are being made by a small number of authorities, and activity is concentrated in the South-East.’

The NAO said the MHCLG should improve the quality of data held on acquisitions by councils to fully understand the risks and ensure authorities are complying with the framework.

Gareth Davies, the head of the NAO, said: ‘MHCLG needs to look again at the framework which governs local authority borrowing and investment and consider whether it is still fit for purpose.’

Cllr Richard Watts, chair of the LGA’s Resources Board, said: ‘The report highlights that the recent rise in Public Works Loan Board interest rates announced by the Treasury will affect local authority decisions to invest in commercial property. This rise has increased the revenue costs of all new borrowing for councils and thrown into doubt the viability of new capital programmes which help deliver on key government priorities, such as housing and regeneration.

‘We are calling on the Government to use the Budget introduce a borrowing scheme for councils, like the previous Local Infrastructure Rate for crucial projects, and reinvest any profit made by the PWLB rate rise as additional funding for local government.’

An MHCLG spokesperson said: ‘Next year, councils in England will have access to £49.2bn – the biggest annual real-terms increase in spending power in a decade – to deliver services for residents. Councils are responsible for managing their finances and must properly consider the risks and opportunities when they make commercial decisions.

‘We will carefully consider this report in our work as stewards of the local government finance system.’