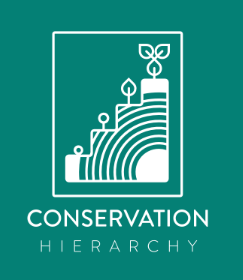 The Conservation Hierarchy is a new framework developed by the University of Oxford to help construction projects achieve Biodiversity Net Gain, improving infrastructure while protecting and enhancing the natural environment.

The UK is making a significant investment in infrastructure over the next 20 years, with planned improvements in transport, housing, energy, flood defences and communications infrastructure worth billions of pounds. These development projects will boost economic growth and improve quality of life in the UK. Yet the vast scope and scale of these projects requires land and natural resources, which will put pressure on biodiversity.

At the same time, the UK government has a number of international commitments to improve biodiversity, which seem to be at odds with increasing investment in infrastructure.

An integrated approach is required, which can resolve the tension between these priorities: delivering the infrastructure the country needs, securing future economic growth, reconciling competing demands for land use, and enhancing the environment in the long term so that nature and people can thrive.

“Development that leaves biodiversity in a better state than before. It is also an approach where developers work with local governments, wildlife groups, land owners and other stakeholders in order to support their priorities for nature conservation” – Biodiversity Net Gain Good practice principles for development. CIEEM, CIRIA, IEMA, 2016.

The UK’s Good practice principles for Biodiversity Net Gain are:

“Apply the mitigation hierarchy: do everything possible to first avoid and then minimise impacts on biodiversity. Only as a last resort, and in agreement with external decision-makers where possible, compensate for losses that cannot be avoided. If compensating for losses within the development footprint is not possible or does not generate the most benefits for nature conservation, then offset biodiversity losses by gains elsewhere.”