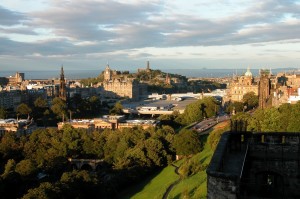 Edinburgh set to be home to one million trees by the end of this decade, joining counterparts all over the globe in becoming a Million Tree City.

The City of Edinburgh Council writes:

Edinburgh already outstrips other Scottish cities by having more trees per head of population – there are currently more than 730,000 urban trees, compared to around 519,000 residents.

Following the approval of a report entitled Edinburgh: A Million Tree City by the Culture and Communities Committee today (28 January 2020), the Council will draw up an Action Plan to achieve the one million tree target in urban Edinburgh. This will include tree planting opportunities on both public and private land, via new developments and to replace trees lost to age, disease and damage.

An Edinburgh Million Tree Forum made up of representatives from a wide range of relevant organisations will bring together principal stakeholders to set an updated vision for trees in Edinburgh and find ways of planting more trees, more quickly.

Representation will be invited from across relevant Council services, the Edinburgh and Lothians Greenspace Trust, the Woodland Trust, the Royal Botanic Garden Edinburgh, Trees of Edinburgh, the Scottish Wildlife Trust, the Trust for Conservation Volunteers and the Edinburgh Living Landscape Initiative.

Annual tree-planting targets will also be set, with numbers of trees publicly reported on an on-going basis. Regular i-Tree Eco surveys will also be carried out to assess the ecosystem benefits trees are playing in the Capital.

A previous i-Tree Eco Survey in 2013 (updated in 2016) provided evidence that trees make a vital contribution to quality of life in Edinburgh. Trees: