Only one in 10 support ‘new towns’, study finds 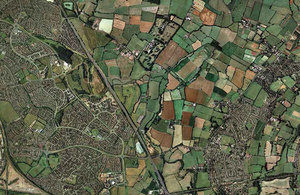 Just 10% of the UK population believes that the construction of new towns is the best way to tackle the UK housing crisis, according to a new report.

Published by Eurocell Plc… the report highlights a lack of support for more new towns like Milton Keynes and Telford.

By contrast, 43% of those surveyed would prefer the conversion of old, unused buildings and the regeneration of run-down communities or brownfield sites.

Eurocell’s research is based on a poll of 1,000 who were equally split between homeowners, private renters and social housing occupants.

Only 4% said they would favour the construction of a greater number of high-rise buildings – a solution that is currently being implemented in high-density population areas such as Manchester and London.

Respondents also highlighted a number of challenges when it came to conversion and regeneration.

‘We need to build in excess of 300,000 new homes per year for the next decade to clear the current shortfall. It is therefore vital that a wide variety of options is considered,’ said Chris Coxon, head of marketing at Eurocell.

‘This research clearly suggests that there is a preference amongst the UK public for regeneration and the use of brownfield sites, but demand for these spaces is almost certain to outstrip supply.

‘It is far more likely that a balanced mix of all approaches will be required. It’s therefore important that residents’ concerns over the potential impact of new towns are taken into serious consideration.’