‘We do not accept that the planning system is broken’ – RTPI 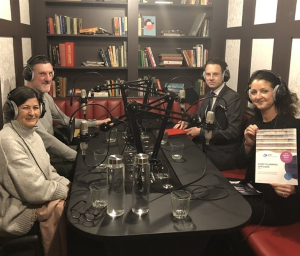 Royal Town Planning Institute (RTPI) Chief Executive Victoria Hills has mounted a vigorous defence of the planning system recently, saying that planners are feeling the effects of years of government under-resourcing and meddling.

Victoria was speaking on the latest episode of the popular 50 Shades of Planning podcast as part of a panel chaired by Sam Stafford MRTPI of Barratt Developments. As part of a wide-ranging discussion, she challenged the suggestion in the recent Raynsford Review that the planning system is now less effective than at any time since the Second World War.

Victoria said: ‘There were many helpful recommendations in the Raynsford Review, but the mantra that the system is broken is not one we can easily recognise or accept. What has happened is that planning has had a significant cut in resourcing. We also need to stop the tinkering to the system which has caused delays, confusion and problems. If the planning system could only find some kind of steady state, then planners would be able to get back to the real purpose of planning. We need to be thinking more about strategic masterplanning and being more proactive, but it’s difficult when local authorities are so woefully under resourced.’

Victoria also noted that the local authorities planning teams which were most successful tended to be those which had a chief planning officer ‘at the top table’ – in other words, at an appropriate level of seniority with the command and influence to speak with leaders and Chief Executives of councils. She said: ‘The RTPI has looked into the role of chief planning officers and the way in which they can join the dots and champion the need for placemaking. 83% of local authorities no longer have a chief planning officer reporting directly to the Chief Executive and that inevitably means there is no one to make the case for vital extra resourcing.’

Other members of the podcast panel included Nicki Linihan, formerly interim Director of Planning for the Ebbsfleet Development Corporation and Head of Planning and Transport at Basingstoke and Deane Borough Council, and Peter Rees, Professor of Places and City Planning at UCL and former City Planning Officer for the City of London.