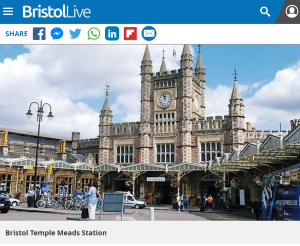 Getting the train to Bristol is another step closer for people in Portishead as an application for permission to begin building work for the new Portishead railway line – including the disused section of railway from Portishead to Pill – has been submitted to Government chiefs.

North Somerset Council has submitted its application for a Development Consent Order for the £116 million MetroWest Phase One scheme to the Planning Inspectorate.

The application – backed by a letter of support from West of England Mayor Tim Bowles – is seeking the power to build and operate the disused section of railway from Portishead to Pill.

The order also seeks to gain environmental consent to undertake work to the existing freight railway through Avon Gorge and obtain powers for the compulsory acquisition of land.

Relaunching train services from Portishead with new stations at Portishead and Pill is a key part of the MetroWest programme of transport improvements across the region being led by the West of England Combined Authority (WECA) and North Somerset Council.

There has been a great deal of uncertainty about the scheme over the years – mainly due to the spiraling cost of the project.

But the Portishead to Bristol line has always been viewed as vital to solving the congestion gridlock faced by thousands of motorists who battle to get in and out of the growing town each day.

The scheme will also bring more than 50,000 people within the immediate catchment area of the two new stations at Portishead and Pill and provide better access to employment and educational opportunities.

It is estimated that more than 500 permanent and temporary jobs will be created during the construction of the rail line and that the scheme will bring an additional £284million into the local economy during its first 10 years.

Patricia Greer, Chief Executive of the West of England Combined Authority, said: “Reaching this milestone puts us within touching distance of the long awaited re-opening of the Portishead to Bristol line.

“It is also a significant moment in the wider MetroWest project, which will improve rail services for people right across the West of England.  Ee are making major investments through MetroWest to give our region the rail network it deserves…..