IHBC’s CPD boost… out of Context: Just what has socialist realism in a post-war Czechoslovak New Town got to do with you? 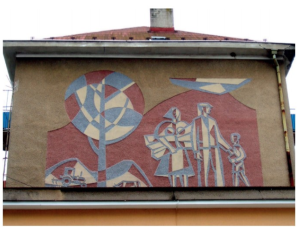 Members can brush up on New Town architectural history in latest issue of Context, No 162, themed around New Towns, especially Andrew McClelland’s on post-war Czechoslovak new town Nov. Dubnica, which includes an excellent summary of architect and ‘national artist’ Ji?. Kroha whose thinking was influenced by the UK utopian ideals of Robert Owen, and French philosopher Charles Fourier.

As your CPD boost: Why not look at design, economic and historic parallels between Nov. Dubnica and the nearest New Town to you? Remember, Designing Buildings Wiki, Wikipedia, and Googles street view are all accessible tools to help if your nearest New town is too far away!

The design of the post-war Czechoslovak new town of Nov. Dubnica was overseen by the architect Ji?. Kroha, a primary exponent of socialist realism in that country.  Kroha’s career successively embraced cubism, expressionism and then modernism, before his emergence as a leading advocate for ‘socialist’ architecture in the mid-1940s. Although Nov. Dubnica was his first new town commission, he was well positioned to oversee the project, having been active in the Communist Party between the wars, and close to several government ministers. Indeed, his standing was such that he was recognised as the only living ‘national artist’ by the state in 1948.

Nov. Dubnicare presented an opportunity for Kroha to translate his ideas practically on a larger scale than previously afforded. He also worked in parallel on the second phase of the Ostrava Model Housing Development. The project was initially developed under the auspices of the Czechoslovak Building Works, the state organisation responsible for centralising the country’s construction and architectural industry from 1948.

Traditional materials, an earthy colour palette, and the numerous decorative elements incorporated within the design clearly emerge from Kroha’s aspirations to ‘build a socialist town whose colour scheme, lyricism, and architectural concept would be linked in the best way to the healthy tradition of vernacular building in Slovakia’. Thus neoclassical and folk detailing and motifs embellish the principal building facades, with sgraffito panels and decorative floral mosaics, cornices, and shaped gables interspersed throughout. Several large, multi-coloured murals overlooking the public square consist of romanticised depictions of modern industries, workers and families….

View the full article at article 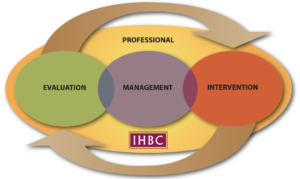