IHBC’s IMHO signpost: ‘Is the way communities engage with the planning system broken?’ 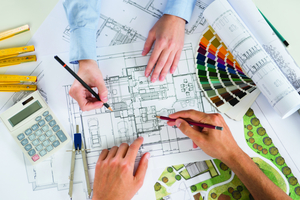 The Consultation Institute (TCI) reports on a planning feature from Planning Resource that explores how England’s Ministry of Housing, Communities and Local Government (MHCLG) is in the middle of trying to fix the system by which citizens and communities engage with the planning system and with developers.

Some policy-makers seem to think it is about communities ‘having their say, but not having their way’. Communities are seen as the enemy. This view is not entirely misguided, as it is based on how communities often react to the current system of planners and developers doing development to them, not with them or for them.

The planning system has responded to the, usually entirely rational, NIMBY response to development, by requiring things like statements of community involvement and encouraging developers to undertake pre-application community engagement as well as by seeking to improve the quality of design and to deliver more local community benefit. In turn, developers increasingly employ consultants skilled in manipulating public opinion and shaping consultation reports to appear to support planning applications.

So communities react with even more anger and frustration. As a result, the level of trust in developers in a recent poll was two per cent and, in planners, just seven per cent.This is impacting party politics, with the main parties increasingly frequently being ejected, recently in places as far apart as Surrey and the Wirral, in favour of local independent candidates, very often on single issues like speculative housing development on greenfield sites.

So how to fix the problem?: In a recent workshop for practitioners, to inform the government’s policy aim to determine how communities can positively influence the design of homes and places in their local area, and build support for new development, it was pointed out that developers doing consultation on their own schemes were clearly conflicted and that a neutral form of engagement was likely to garner a higher level of trust. And that all issues – from highways to affordable housing allocation policies – should be on the table. It was also suggested that the system should discard its neutrality and recognise that good developments come from good clients and good designers and so those developers at the bottom of the league table when it comes to design, social impact and environmental responsibility, should be actively excluded, or discriminated against, in the planning system and in public land sale processes. In the jargon, this would mean the removal of their ‘license to operate’.

There will always be tension in a regulatory system that seeks to deliver social and environmental outcomes for the many through profit-driven physical development. It is not helped when government creates a permissive policy environment in a climate of austerity that can prevent local planning authorities making decisions to achieve the best outcomes for their communities. Or when planning professionals regard their expertise as trumping the locality expertise of communities. Whatever lies behind the complete collapse in trust in developers and planners, the problem needs fixing. It will require government to be radical.