Landmark agreement to boost repopulation in Scotland by supporting ‘attractive places to live, work and bring up families’ 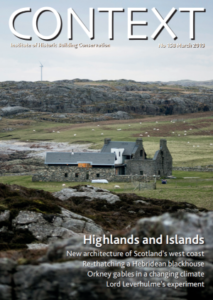 Council leaders and key organisations across the Highlands and Islands have agreed to work with the Scottish Government to tackle population decline.

While Scotland’s population is increasing nationally it is declining in rural and island communities.

At a meeting in Inverness the Convention of the Highlands and Islands (CoHI) has agreed to treat the issue as a priority.

It has also endorsed the Scottish Government’s population programme to make all communities attractive places to live, work and bring up families.

“I welcome this collective agreement that repopulation of our rural and island communities is a challenge we need to work together to address.

“While the Scottish Government can implement national policies to look at the overall balance of the population it is important these issues are also tackled where appropriate at a regional and at local community level.

“This agreement will build on the work being undertaken by the Ministerial Taskforce on Population and will help ensure we can support and sustain population growth in our local communities both now and in the future.”

Scotland’s population is at a record high of 5.4 million, but the increase is solely down to migration because the number of deaths exceed births.

Official figures published this month project there will be 240,000 more pensioners by mid-2043 with the working age population set to fall by 7,000 over the same period.

Fourteen councils in Scotland experienced depopulation over the latest year to mid-2018 with most in rural or island councils, as well as areas of the West of Scotland.

The Scottish Government has established a Ministerial Population Task Force to address population concerns by making communities across Scotland attractive places to live, work, bring up families and move to.