Homage to Italian Job film, 50 years on, celebrating its half century this year 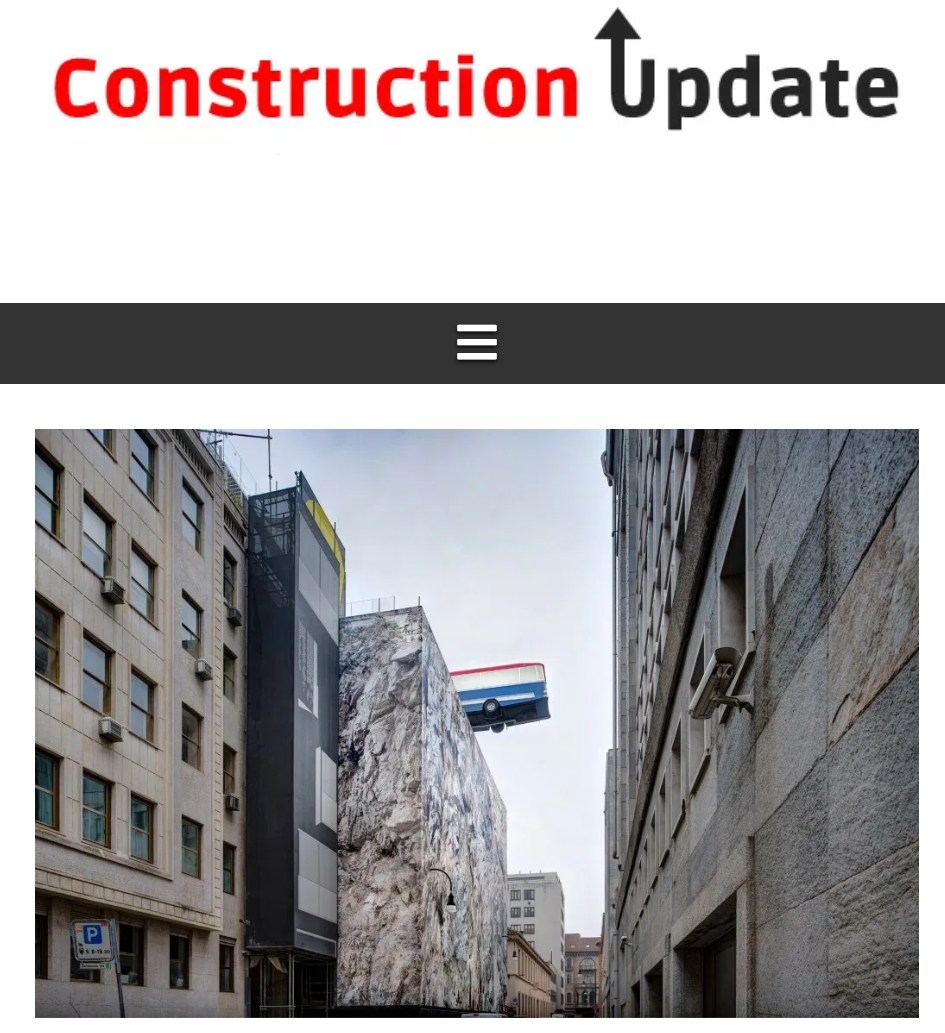 Local firm Gruppo Building has helped out with an art project which celebrates the 50th anniversary of the film, The Italian Job.

Gruppo Building promotes an installation in which art, cinema and the modern history of Turin join forces. Fifty years after its appearance in cinemas around the world, the film, The Italian Job, returns to Italy’s first capital, with an extraordinary artistic work in the old city centre: thanks to collaboration with Artissima, from October 31st to December 2nd at Domus Lascaris, a bus shall be displayed, inspired by the 1969 film starring Michael Caine.

The full-sized replica of the coach shall be suspended at a height of 20 metres on the very edge of the roof of Domus Lascaris, a completely refurbished rationalist building from the 1950s in the centre of Turin. At Domus Lascaris, in the very heart of the city, The Italian Job movie becomes the protagonist of an amazing installation, Hang On A Minute Lads… I’ve Got A Great Idea, by the English sculptor Richard Wilson, curated by Mark Hinchcliffewith Heidi Donohoe. Inspired by the final scene of the movie, the artwork is a huge tilting sculpture, a life-sized vintage bus whose arrival in Turin activates many artistic performances, getting to the building. Going beyond the national borders and challenging the exit of the UK from the EU, the project puts the accent on art and culture.

As Piero Boffa, President of Gruppo Building, put it, ‘Every time we recover a building to convert it to our philosophy of habitation, we always think of creating works and installations that enhance the beauty of architecture by attracting as many viewers as possible, as for example with Luci d’Artista at The Number 6. Opening Domus Lascaris starting the dialogue with Artissima is therefore a logical step forward for us precisely in the direction of the dissemination of beauty’.

Domus Lascaris, is the new project by Gruppo Building, which is working on transforming the building in line with the philosophy of habitation and art. The work undertaken by Building is markedly oriented towards merging living spaces and public art. It is enough to consider our teamwork with the Turin artist Richi Ferrero ? who has already created Giardino Verticale for the Group chaired by Piero Boffa in the courtyard of The Number 6 in via Alfieri 6, and Cancello Futurista – Omaggio a Depero in the courtyard of Lagrange 12, on whose roof stands the Equinox sculpture. Richi Ferrero also created the work, T’Oro, visible on the façade of Quadrato, Building’s transformation of the old religious house of Sant’Agostino in via delle Orfane, in the courtyard of which the world-renowned street artist Pixel Pancho painted ‘Eaten by feelings’ (a condemnation of ? and meditation on – feminicide).

Dialogue with Artissima thus constitutes a new patronage initiative undertaken by Gruppo Building, reflecting our firm commitment to preserving and renewing the beauties of Turin. At Domus Lascaris, visitors will be able to admire the symbol of this film (shot in Turin fifty years ago), with its twists and turns and frantic chase scenes – in the streets and beyond. This project ? literally suspended between the worlds of art and cinema ? marks Building’s first teamwork project with Artissima, and fully reflects our shared aim of enhancing Turin’s heritage and longstanding beauty through contemporary art.