IHBC’s ‘Heritage from the doorstep’: Breathing new life into Swindon’s historic railway buildings… with a HAZ! 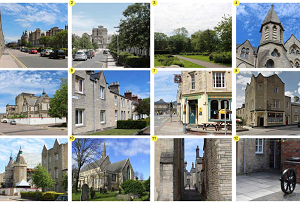 The Swindon Advertiser writes has reported on how when, in 1840, Daniel Gooch as superintendent for the Great Western Railway, penned a letter to the chief engineer Isambard Kingdom Brunel, putting Swindon forward as the ideal location for the GWR’s new engine works, an event that changed Swindon’s future forever, placing the town at the heart of our railway heritage and laying the foundations for a successful Heritage Action Zone in the 21st century.

Back in June, the Swindon Heritage Action Zone was launched. This ambitious five-year plan will revitalise our town’s unique heritage and unlock its economic potential. On Friday I visited the Carriage Works in the Railway Village, where once the construction and repair of the carriages and wagons played a vital role in our town’s railway past, and now today, thanks to redevelopment, life is being brought back to these historic buildings and they are once again playing an important role, supporting local businesses and providing a hub at the heart of the Swindon Heritage Action Zone.

Key projects as part of the Heritage Action Zone include a shopfront improvement scheme to help local businesses stand out and thrive, improving the condition of the Health Hydro and its immediate surroundings, refurbishing the Grade II Cricketers and bringing it back into use, producing and putting in place a management plan for GWR Park and, crucially, securing a sustainable future for the Grade II listed Mechanics’ Institution that embodies much of Swindon and our country’s industrial heritage. I will be working closely with the council and its partners as they access expertise and funding from Historic England to help deliver this important initiative for our town.