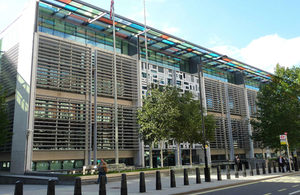 The Mutual Recognition of Professional Qualifications (MRPQ) Directive (Directive 2005/36/EC) on the mutual recognition of qualifications will no longer apply if there’s a no-deal Brexit, and the UK government will maintain a system of recognition for architects with an approved qualification from an European Economic Area (EEA) state or Switzerland, provided the applicant has access to the profession in their home state.

The Mutual Recognition of Professional Qualifications (MRPQ) Directive is a reciprocal arrangement which enables European Economic Area (EEA) and Swiss nationals to have their professional qualifications recognised in an European Economic Area State other than the one in which the qualification was obtained. It provides several routes to do so, including: Automatic recognition on the basis of coordination of minimum training conditions. This recognition based on EEA-wide standards applies to: Doctors, Nurses, Dental practitioners, Veterinary surgeons, Midwives, Pharmacists and Architects.

After the UK leaves the EU if there’s no deal: The MRPQ Directive will no longer apply to the UK and there will be no system of reciprocal recognition of professional qualifications between the remaining EEA states and the UK. As such, the Architects Act 1997 will be amended via 2 Statutory Instruments for EEA nationals and Swiss nationals respectively, to correct deficiencies in the system for recognition of professional qualifications that arise in law as a result of the UK’s withdrawal from the EU. This is to ensure that the current arrangement of automatic recognition of EEA and Swiss qualified architects operates as closely as is possible, subject to any immigration rules that may be in place.

Architects that have already registered with the Architects Registration Board will continue to be recognised. Professionals practising under temporary and occasional status will be able to continue to do so until the expiry of such status, with no option to renew. Architects who have submitted applications to the Architects Registration Board to have their professional qualification recognised before exit day but have not yet received a decision will have their application considered and concluded under the Directive procedure as far as possible. Applications will need to be settled within the deadlines set out in the Architects Act.

Architects submitting applications after exit: The UK will retain a system of recognition for EEA and Swiss qualifications at exit day that is similar to the current system. UK regulators will continue to recognise EEA and Swiss qualifications that are currently automatically recognised and referred to in point 5.7.1 of Annex V to Directive 2005/36/EC as it has effect on the day the UK exits the EU, provided the applicant has access to the profession in their home state. EEA or Swiss citizenship will not be a requirement for this system of recognition.

A review of these arrangements will be undertaken after exit day. A consultation will be undertaken by the Ministry of Housing, Communities and Local Government with input from the Architects Registration Board prior to any significant legislative changes. Those architects with EEA and Swiss qualifications who were previously in the scope of the general system, and acquired rights nationals, will be required to apply under the third country route to recognition. This includes the prescribed exams at Part 1 and Part 2, and the completion of a UK Part 3 exam.

The UK has reached agreements with Iceland, Liechtenstein and Norway, and with Switzerland, to address separation issues which include specific arrangements for the recognition of professional qualifications for these countries’ nationals. These agreements differ in some respects to the no deal position set out in this document. Further information will be provided on the specific provisions in due course.

The government will continue to work with the Scottish Government, Welsh Government and the Northern Ireland Civil Service as well as regulatory bodies to ensure the future system for the recognition of professional qualifications works across the UK. Please note: This is subject to Parliament approving the relevant statutory instrument.

Actions for businesses and other stakeholders: UK based architectural practices that currently employ EEA and Swiss architects (including UK nationals holding EEA and Swiss qualifications) who are already established and recognised by the Architects Registration Board do not need to take any action as the recognition decision will remain valid. Architects with EEA or Swiss qualifications and employers wishing to recruit architects from the EEA and Switzerland should not expect significant delays to recognition decisions, subject to the correct documentation being made available to the ARB in line with its published requirements.

As the UK is leaving the EU, UK regulators may not have access to some of the systems in place, and regulator cooperation is no longer obligatory. This includes the Internal Market Information (IMI) system, which facilitates the exchange of information between regulators. European Economic Area and Swiss architects should be aware that due to the potential loss of the IMI System, in the event that an application is incomplete or supporting documents are insufficient, it will be the responsibility of the EEA or Swiss applicant to obtain the required documentation from their Home Competent Authority.