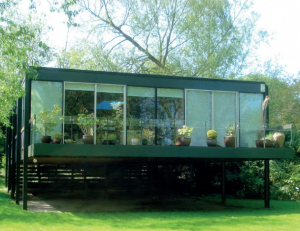 If you work with development plans, or get involved in community projects, the article in a recent Context, by Prof. Malcolm Airs. is essential reading: a case study of planning for heritage in Oxfordshire from the point of view of a community, taken from our themed Context on Building Services.

In Dorchester on Thames, the local community wanted to create a neighbourhood plan, following awareness of the changes brought in with the Localism Act, however it actually took six years to realise this process.  Airs explains the issues when there is an enthusiastic community, all volunteers from different backgrounds and with different skillsets, with inevitable issues with some disagreement on elements of policies and how these should relate to existing plans.

Historic England encouraged the identification of ‘heritage areas’ where policies were devised to deal with deficiencies in conservation area appraisals, and heritage assets such as 1960’s bespoke housing were also recognised. Airs writes ‘The identification of heritage areas has enabled us to provide the extra protection necessary to achieve our vision which was set out as the primary objective of our plan. Given the reluctance of the local planning authority to adopt our detailed and informed modifications to its existing policies, I would thoroughly recommend a similar strategy to others who are preparing their neighbourhood development plans’

View the article in Context

IHBC NewsBlogs on localism and on neighbourhood plans

See more on the IHBC competences

See more IHBC background and guidance on CPD  and on how you might use past, current and future issues of Context