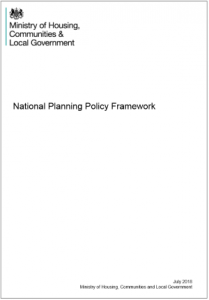 The IHBC has warmly welcomed the new Historic England (HE) briefing on the government’s post-NPPF revision guidance on built and historic environment and conservation planning, while adding some further points also worthy of note.

IHBC Policy Chair Roy Lewis said: ‘As noted previously, it is helpful that the terminology in the government’s revised guidance reflects the words used in the statute and in the NPPF, and this is captured in Historic England’s useful briefing.’

‘There are also some other points that may be of particular note, for example in future redrafts:

‘Area-based’ designated heritage assets such as World Heritage Sites and conservation areas will not themselves have a single use … Therefore, securing the optimum viable use of the area-based asset as a whole is not a relevant consideration in assessing the public benefits of development proposals affecting such heritage assets’.

However, the section makes no reference to registered parks and gardens, which are capable of a single use and are capable of having an optimum viable use.  This is an unfortunate omission which will probably lead to further confusion and disagreement.

See the previous version of the guidance

For more on the NPPF revision see the IHBC NewsBlogs