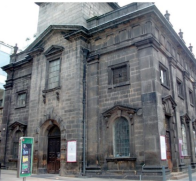 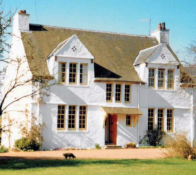 The recent Context – on the Scottish Highlands and Islands offers distinct takes on architectural research in rural areas north and south of the Scottish borders, with insights from each that can promote critical reflections – personal and collective – on principles and priorities for the discipline in the context of conservation.

Andrew Millar takes us on a fascinating tour of Highland manse research and Jane Houlton tells us of some of the perils of architectural research through the lens of a case study of Fountaine Hospital in the Yorkshire Dales.

Andrew Millar undertook a personal task to research the development of manses, following living in an arts-and-crafts style home in South Lanarkshire.  He found that the design and styling of his home shared much in common with United Free Church of Scotland manses, which were situated in the Highlands rather than the Southern Uplands.  His research found, by chance, after much archival research, that the architects were J W and J Laird architects of Glasgow, who had also constructed many manses for the United Free Church in Lochcarron and Alness.  He also noticed commonalities in homes in Lewis and Harris, and has now deposited his research on the Scottish Architects website.

Jane Houlton explains how the initial research into Fountaine Hospital has touched on institutional archives, family wills, social history records and biographies, yet not yielded a conclusive result on the architectural history of the property.  It had been found that Richard Fountaine (who had purchased the hospital land in 1723) had no connections to well known architects, even though the hospital had been attributed to various prestigious architects including Vanbrugh, Hawksmoor, Wakefield and William Etty.  Eventually an analysis of gravestones and coats of arms of Fountaine, and vital affadavits and indentures from various national records provided the most likely answer!

Jane writes ‘what lessons would the budding architectural historian take from this? Apart, of course, from having the good sense not to take on a building where no primary sources exist. First, that there is no substitute for persistence, and that lateral thinking, and use of parallel sources that confirm your suspicions, can get you to where you want to be. Moreover, that luck and coincidence and unpromising sources can play a strong role. Absence of confirmation – such as Whitaker’s failure to name Vanbrugh definitively – should be weighed in the argument. That paying for material, even when you are reluctant, and doubtful of its value, can sometimes produce a goldmine of information. And go back and re-check source material once you have found out further facts’

View more information on the Dictionary of Scottish Architects

View the Context article on manses and on Fountaine Hospital