Looking ahead to #IHBCBrighton2020: Multi-million fund to revitalise country’s high streets… an update from GOV.UK! 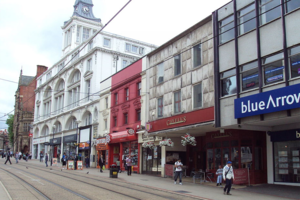 Over 50 areas across the country are going through to the second phase of a multi-million fund that will transform their high streets.

Over 50 areas across the country – from Whitehaven in Cumbria to Penzance in Cornwall – are going through to the second phase of a multi-million fund that will transform their high streets and make them fit for the future, High Streets Minister Jake Berry MP confirmed on 5 July 2019. From improving transport and access into town centres to converting retail units into new homes, the £675 million Future High Streets Fund will help local leaders to reinvent their town centres. Those successful towns will now receive up to £150,000 of new funding to work up detailed project proposals, based on their initial plans. Ministry of Housing, Communities and Local Government will work closely with them, focussing on those places that have ‘shovel ready’ projects where there might be opportunities to accelerate these.

Prime Minister Theresa May said: ‘Our high streets lie at the heart of local communities – creating jobs, boosting the economy and helping small businesses thrive. But new technology and changes in the way we shop means they also face growing challenges, so I’m delighted over 50 towns will initially benefit from this scheme. The funding will breathe new life into town centres and – together with measures such as small business rate cuts and opening up empty shops – will transform our high streets for the future.’

Speaking ahead of a visit to Morecambe town centre High Streets Minister Jake Berry MP said: ‘High Streets are a crucial part of our local economies and people care about them because they are also the centres of their community. But we recognise that changing consumer behaviour and the rise of online shopping presents a significant challenge and that’s why we are taking action to help them evolve. Many of our high streets are successfully re-inventing themselves and with these new plans now in development, local leaders, who know their areas best, will be driving forward the transformation of their town centres into further great success stories.

The Future High Streets Fund was launched in December 2018 as part of the government’s plan for the high street. Last month the Department for Digital, Culture, Media & Sport together with the Architectural Heritage Fund and National Lottery Heritage Fund announced a £62 million package of support to breathe new life into historic high streets across the country, to restore historic buildings, create new work spaces and cultural venues. As part of the overall funding, £55 million has been allocated from the Future High Streets Fund. Today’s announcement comes during the second Great British High Street Week, a week of activity to celebrate high streets up and down the country and share the work that government is undertaking to support them.

The hotly contested Great British High Street Awards, the national competition to find Britain’s best high street are also part of this work. The Awards not only celebrate the best high streets across the nation, but also champion ‘Rising Stars’ – the most ambitious high streets which are taking a lead and working together to revive, adapt and diversify. Crickhowell High Street on the edge of the Brecon Beacons is the reigning champion, recognised for its community led initiatives and strong presence of independent businesses. A selection of 40 shortlisted finalists will be chosen by an independent judging panel. Shortlisted high streets are eligible to win up to £15,000 for their local community and the huge response with over 200 entries highlighted the number of retailers and community groups across the country working in innovative ways keep town centres vibrant and strong. Such has been the high level of interest in this year’s competition we decided to extend the deadline for entries until Thursday July 11.

The full list of those towns going on to the next phase of the Future High Streets Fund is available here: