IHBC ‘CPD Boost’ from Designing Buildings Wiki and CIAT, on ‘Setting the Standard’, as viewed from the built environment sector 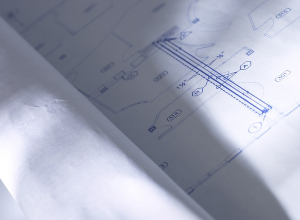 Designing Buildings Wiki (DBW), the IHBC’s host platform for the Conservation Wiki, has featured an article from the CIAT by Keith Snook that sets practice standards for the built environment in context.

The British Standards Institution (BSi) was the world’s first national standards-making body, having started as the Engineering Standards Committee in 1901 and evolving into the beginnings of what we now know as BSI by the early 1930s.

The first standards relating to tramway steel and construction make up a substantial number of standards in the current catalogue; the coverage can sometimes be a bit daunting as many readers may be only too aware.

Having started the idea of reference standards in order to promote safety worldwide, eventually morphing into the Geneva-based International Standards Organisation (ISO) in 1947.

In Europe (in this context a geographical rather than political entity) there is a further kind of interim level of standards – the ‘Euro-norms’. In a perfect world, this cascade of bodies would have been created starting with the (worldwide) international through sub-collections of cooperating territories (such as Europe) to the national standards published in a similar way, with high level and coordinating principles at ISO level and with further clarifications reflecting local conditions at national level. Most work programmes in various subjects do attempt to adopt this hierarchy now but there has been little backdating of existing national catalogues to conform to the cascade – albeit there is guidance in place about attempting not to respect and not overtly conflict at the different levels.

All standards as of themselves are voluntary but there are various kinds of standards. These kinds imply a degree of imperative however. At the top, there are those cited or referenced in regulation or legislation, effectively making their content mandatory. Topically some fire standards serve this purpose. Others with a high degree of compulsion, are specifications and methods which mostly get their authority through reference in contracts. They are more often seen in manufacturing and are written in a prescriptive manner, making them suitable for reference and application in this way.

Guides and codes of practice: Codes of practice recommend sound practice as currently undertaken by competent and conscientious practitioners. They are drafted to incorporate a degree of flexibility in application, while offering reliable indicative benchmarks. They are commonly used in the construction and civil engineering sectors and departures from ‘compliance’ might be seen as similar to failing to follow the highway code when driving.  Guides are published to give less prescriptive advice, which reflects the current thinking and practice among experts in a particular subject. Keeping the current catalogues (ISO, EN and BS [or the national body where you are]) and work streams under control and in harmony is a huge task and, to complicate matters further, expert representation is voluntary, as is most drafting. Public consultation on the output is rigorous, very broad and very conscientiously dealt with.

In recent years, CIAT has responded to this challenge as never before and well beyond its ‘punching weight’ with a strongly driven and stoically supported view from HQ that to make things good and better we need to be in the creation and debate. Just to name a few, CIAT was recently invited onto the newly regenerated CB/1, Architectural Design and Construction, BS5606 Guide to Accuracy in Buildings and B/209 General Building Codes, B/555, Design, Construction & Operational Data and Process Management for the Built Environment. In addition to those managed by British Standards institute, CIAT was delighted that three of its chartered members were appointed onto the Standards Setting Committee under the International Fire Safety Standards Coalition set up earlier this year. With representation on the CIC Housing Panel looking at housing standards and quality, we are in a good position to influence consistent quality and mitigating conflicts across the board.

So, what are ‘standards’? Put simply they are all standards applicable to our work other than those published (as standards) by a notified national or international standards-writing body, such as BSi. Recently we have all heard much about PAS documents. A PAS is a Publicly Available Specification and is most often used where a discipline or industry wants its processes to be formalised independently, often using non-normative or even proprietary information. However, we have become familiar with the abbreviation because of the various PASs that support the BIM programme. These have primarily been an expedient related to aspects such as the time available to get a huge amount of information formalised and published. It would just not have been possible to prepare, develop and deploy full standards for everything. Also, they did involve some non-normative information.

It was also always on the cards that within six or seven years they would be overtaken by international standards – something which is happening now. So, albeit prepared by a standards-writing body they are, in reality, standards with a small ‘s’. Another example of a standard we have all heard of is BREEAM and there are many industry bodies and trade associations that prepare standards. You may find some of them like to use a capital S. It is only a courtesy convention to help readers that they should not really do this in order that people can readily distinguish when documents are being described.

Setting up a dedicated group: As demonstrated, with representation on many British Standards and involvement in various other standards, CIAT has decided to establish a dedicated group to encourage quality responses to mitigate conflicts and promote workable solutions across the industry. It is hoped that this group will be able to identify gaps and be proactive in producing robust and workable guidance.

CIAT recently launched its Technical Standards Taskforce. With representation on many British Standards and involvement in various other standards, it was felt that a dedicated group should be introduced to encourage quality responses to mitigate conflicts and promote workable solutions across the industry. It is hoped that this group will be able to identify gaps and be proactive in producing robust and workable guidance. It will comprise a core group, being led and chaired by Kevin Crawford MCIAT (previous vice-president Technical), CIAT representative on CB/1, Architectural Design and Construction, BS5606, Guide to Accuracy in Buildings and CIAT representative of CIC Housing Panel, looking at housing standards. It will be supported by a virtual group of interested parties and those directly involved in writing and using standards.