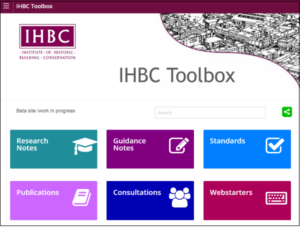 IHBC’s first Research Note for 2018 has been posted on our online Toolbox, offering our regular update of ‘Market Intelligence’ on England’s local authority (LA) conservation-related jobs from our ‘IHBC Jobs etc.’ service.

‘Our Toolbox has been developed to help inform, advise and guide anyone with specialist interests in built and historic environment conservation.  Already it offers a wide range of basic resources – the ‘tools’ in the toolbox – from primary research and guidance produced by or on behalf of the IHBC, all in line with technical, academic and practice advice and standards supported or endorsed by the Institute.’

‘This Research Note highlights trends across one of the most fundamental measures in conservation management – the state of our local authority capacity.  By advising on known knowledge gaps in policy and practice such as this, our ToolBox fulfils the role for which it was conceived and designed’.

See all the ToolBox resources, see more Research Notes in the Toolbox