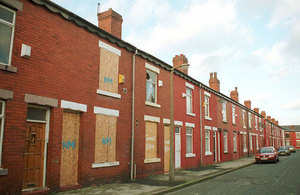 Councils have almost entirely abandoned powers to tackle the rising number of empty homes prompting calls for the legislation to be scrapped and replaced with a scheme local authorities find it easier to use. It marks an all-time low for the number of applications, having more than halved from 2017. When they were introduced in 2006, the government estimated EDMOs would be used 1,000 times a year. More than a decade on, thousands of people remain locked out of the housing market due to rising prices, exacerbated by lack of supply. The influential House of Lords Select Committee on Economic Affairs concluded in 2016 that the country needs to build 300,000 new homes every year to tackle the housing crisis.

The most recent figures from the Department for Housing, Communities and Local Government reveal there are 205,293 long-term vacant properties in England and the number of empty homes grew between 2016 and 2017.

News that councils have all but abandoned EDMOs emerged in a Freedom of Information request sent to the Ministry of Justice by Project Etopia, which is today calling on the Government to scrap EDMOs and replace the power with something councils are able to use more effectively. The MoJ said it could not reveal how many of these applications were successful because of changes in the way it treats court records under the FOI Act.

The number of EDMO applications has dropped by more than 85% since their peak in 2012, when councils applied to use the power a modest 41 times (see table). In 2006, only two applications were recorded because they didn’t come into force until July of that year. In April 2008 the then-Minister for Housing Caroline Flint, said: ‘I want to ensure that the orders that we provided can be used. If there is a reason that they cannot be used, I want to hear about it. However, simply not using them is no excuse.’

Joseph Daniels, CEO of Project Etopia, commented: ‘More than a decade has passed since EDMOs were introduced and, though the legislation was well-meaning, it is clear that the policy is not working. If EDMOs are too difficult to obtain, then these powers should be replaced by a new scheme that councils are able to use more effectively. Councils want to return empty homes to use and we should be supporting them in doing that. Local authorities should be given new powers that recognise the challenges involved, from respecting the difficult circumstances that can sometimes result in these homes sitting vacant to the rights of those who own these properties. Rather than ascribing blame, this is a cross-party issue that urgently needs the attention of everyone in Westminster. Politicians need to come together in the national interest to see that EDMOs are replaced or reformed.’