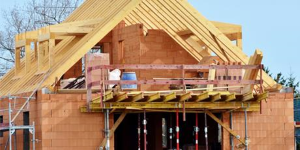 In response to Civic Voice’s own online Building Better survey, England’s link body for civic trusts and the like has argued that we need to move the conversation about building homes away from confrontation, into one of collaboration: 86% of Civic Voice respondents consider that the visual appeal (or beauty) of a new development matters, while 71% state that we are not building enough homes.

Announcing the interim results of a survey, funded by donations from Civic Voice members, Civic Voice Chair, Joan Humble said: ‘We need to rebuild public trust and confidence in the planning system. For too many people, planning is about confrontation and not one of meaningful participation. This must change. Developers, councils, communities and civic societies we must all be prepared to work together in a collaborative and meaningful manner to remove confrontation and increase certainty.’

Joan Humble added: ‘Demonstrating that the civic movement is a pro-development movement, 71% of members agree that, as a country, we need more housing, but that, overwhelmingly, it should not be at the cost of quality.’

Whilst Civic Voice members welcome the Government’s focus on beauty and the quality of new housing developments (86% stating that ‘beauty’ is important to how a development looks), 65% did not consider it was sufficiently considered through the planning system and too many believe that their voice is not listened to by developers (81%) and the local authority (73%).

Some of the interim findings include:

Speaking ahead of the APPG for Civic Societies event, sharing the interim findings, Sarah James, Civic Voice Membership & Policy Officer said: ‘The findings will demonstrate to the Building Better, Building Beautiful Commission, and the Government, that Civic Voice members want to move towards a more collaborative planning system, to tackle the challenges of poor-quality design and build of housing. 71% of members want to see more housing but also want to have a greater voice in influencing how that relates to the local area.’

‘The enthusiastic response to the survey demonstrates how much our members care about housing design and want Civic Voice to do more to help them bring about places that are distinctive and attractive. We have the same ambition as the Housing Minister, that is to build the conservation areas of the future. The challenge remains as to how we can move the conversation about building homes away from confrontation, into one of collaboration. In doing so, can we rebuild public trust and confidence in the planning system?’

‘Civic societies are one of the most numerous participants in the planning system with 98% of our members responding to planning applications monthly. As such, it is important that they are equipped with up to date and appropriate skills. We will, therefore, consider how we can help to raise the standard of the civic movement’s involvement in planning. This will help to increase accountability and transparency within the civic movement but also ensure more gravitas in our consultation responses. We have to raise our standard and build confidence if we want to be taken seriously as a movement.’

Ian Harvey, Executive Director for Civic Voice said: ‘If organisations including RTPI, RIBA, Place Alliance, TCPA, RICS and Government are all stating that their members want to see higher quality housing, why is it not happening? If we can generate greater collaboration and less confrontation in the planning system it will lead to more certainty and confidence, which everyone wants. That is how we will ensure communities have ownership of the nation’s housing challenge. We are already providing our members with increased training and support and will be talking to Homes England, MHCLG and our partners in the sector about how earlier and more meaningful participation in the planning system can lead to higher quality design.’