IHBC’s CPD Boost on ‘Adversarial behaviour in the UK construction industry’, from DBW 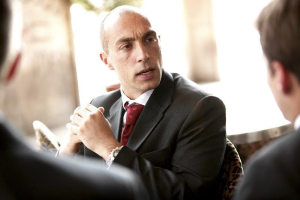 As a built environment discipline, conservation is no less susceptible to adversarial tactics than that sector as a whole – see for example our ‘Ten Red Flags…’ Guidance Note on the IHBC’s ToolBox – while Designing Buildings Wiki (DBW), as host platform for the IHBC’s Conservation Wiki, features guidance on ‘Adversarial behaviour’ for mainstream practitioners that may also offer useful context for IHBC members.

The construction industry is often described as being ‘adversarial’, that is, it frequently involves conflict, opposition, confrontation, dispute and even hostility. Indeed, in her autobiography ‘Open Secret’, published in 2002, Stella Rimmington, the former Director General of MI5, wrote; ‘…the Thames House Refurbishment was fraught with difficulties. It was clear that dealing with the building industry was just as tricky as dealing with the KGB.’

The evidence of nearly 100 years of reports about the construction industry would seem to support this characterisation: