IHBC welcomes High Court Liverpool ruling on status of conservation services’ advice: ‘Don’t pass on the law, or on your own conservation team’! 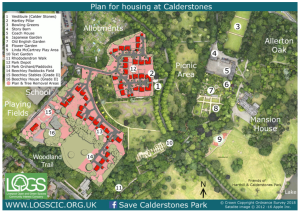 The overturning of Liverpool City Council’s consent for a 51-home redevelopment of a Grade II listed building centred on how conservation service advice must remain central in the conclusions of a planning authority, as ‘one of the key aspects of the case was the planning officer’s failure to include in his report concerns raised… by the council’s own conservation team’, a reminder warmly welcomed by the IHBC.

‘That had the effect of downplaying the weight to be given to harm to the heritage assets or their setting.’

‘The local planning authority’s conservation team, like the environmental health and highways officers and the drainage engineer, has expertise in conservation matters and like them is paid by the local taxpayer to express them in the public interest.’

‘A balanced report would have summarised the view of the conservation team as a negative internal consultation response, counterbalancing the relatively positive ones from highways, environmental health, and the drainage engineer.’

Mayor of Liverpool Joe Anderson has confirmed Redrow and Liverpool City Council’s proposals to build homes on part of Calderstones Park are now ‘dead’ after a High Court quashed the council’s decision to grant planning permission.

The application for 51 homes, which included 39 new-builds and 12 apartments within an existing historic house on the Harthill Estate, had been backed by Anderson and the council, but had also seen a four-year battle with campaigners over the site.

… the objections culminated in a judicial review, which ruled in favour of LOGSCIC on 18 January.

In his judgment, Justice Kerr upheld the appeal brought by LOGSCIC on the grounds that Liverpool Council had misinterpreted part of its own policy, which relates to the protection of a green wedge at Calderstones Park.

Justice Kerr also found issues with council planning officers placing too little weight on concerns raised by Liverpool Council’s conservation officers, who had argued the development would cause harm to the existing grade two-listed Beechley House and its surroundings….

… Following the ruling, the planning applications for the site were quashed.

Reacting to the High Court ruling, Anderson said: ‘The first thing to say is that the Harthill scheme is dead. It will not be resurrected…. I want the campaigners and all the local residents to know I have been listening to their concerns…’