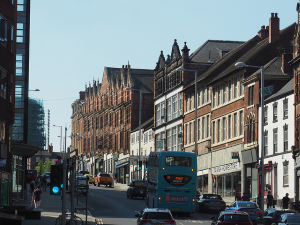 Government proposals to extend upwards and convert commercial properties into dwellings by extending permitted development rights – included in the consultation document Planning Reform: Supporting the High Street and Increasing the Delivery of New Homes – will result in poor-quality development and see public services suffer, the Planning Portal has reported.

… The TCPA says it is “firmly opposed” to extending permitted development, particularly the proposals to allow commercial properties to be demolished and rebuilt for residential use, and extend building upward to create new homes without going through the full planning process….

Citing research by the Royal Institution of Chartered Surveyors (RICS), the TCPA said current permitted development has resulted in poor-quality development that has had “serious adverse implications for people’s health and well-being”….

The Civic Voice is also concerned about the measures. Executive director Ian Harvey said the charity supports the principle of encouraging a greater mix of uses on the high street and the rationale for exploring the use of airspace….

Civic Voice object to the proposals to extend up to the highest building in a street unless “full consideration” is given to design, external appearance and the impact on amenity and character of the area….

The RTPI has also expressed its worries about permitted development and the serious financial implications for local authorities, which would not be able to collect planning fees and developer contributions….