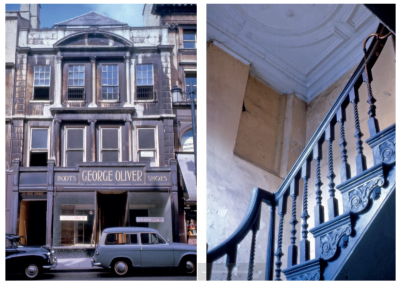 If mention of the 1968 ‘Town and Country Planning Act’ (TCPA) in many circles prompts reference mainly to structure plans, action areas and public participation in planning, tucked away in Part V was a revolution in heritage conservation that Timothy Cantell has explored in IHBC’s Context, and which DesigningBuildings Wiki – partner on IHBC’s Conservation Wiki platform – has featured to its 5 Million+ users.

Timothy Cantell writes in Context and in DBW:

… It was the most significant measure of all the acts from the Ancient Monuments Protection Act1882 to the present. True, listed buildings were provided for in the Town and Country Planning Act of 1947, but the protection given to them was slight. True, the Civic Amenities Act 1967 was far-reaching and popular, but conservation areas were more titles than teeth.

Protection prior to 1968 was deficient. Some controls for buildings of special architectural or historic interest came in the Town and Country Planning Act 1932 but the main provisions were in the Town and Country Planning Act 1947. Anyone wishing to demolish a listed building had to give two months notice to the local planning authority. The authority could then either allow the works to proceed or make a building preservation order (BPO). If a BPO were made, the building was not yet safe. The BPO had to be confirmed by the minister. And if it was confirmed, it was then open for application to be made to demolish. Further, if that was refused by the local authority, appeal could be made to the minister. It is not surprising that there was no appeal against the failure to make a BPO….

This article originally appeared as ‘The revolution that lasted’ in IHBC’s Context 154, published in May 2018. It was written by Timothy Cantell, a planner and writer who worked at the Civic Trust and the RSA, and was a co-founder of SAVE.