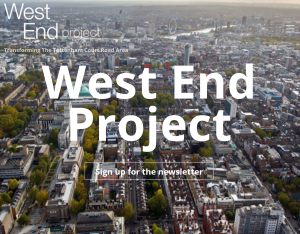 Camden Council has written to the government, urging that planning policy that makes it difficult for councils to challenge permitted development rights for new phone boxes needs to be changed.

In the letter to Kit Malthouse, Minister for Housing and Planning, councillor Danny Beales, Camden’s Cabinet Member for Investing in Communities explains that planning law is being exploited by telecoms companies in order to create lucrative advertising space, in the shape of phone boxes. As a result of the loophole Camden has received planning applications for 170 new phone boxes in the last two years, with 30 receiving approval due to the council only being able to reject on limited grounds, and some getting through on appeal after initial rejection.

Cllr Beales said: ‘I’ve written to the government to seek national change in order to tackle this issue.  In the modern age phone boxes have become somewhat redundant. We certainly don’t need the amount of them that we are receiving applications for. Camden’s residents don’t want this unwelcome street clutter, nor the anti-social behaviour issues that are often linked to unused telephone boxes. Our local planning system is also under significant pressure and could do without this level of demand for infrastructure that the borough doesn’t require.’

The council hopes that adding its voice to an issue that the Local Government Association are also campaigning on (on behalf of councils across the country) will lead to the government changing the planning rules that are allowing these ‘Trojan’ phone boxes to pop up on streets across the country. Over recent years Camden Council has worked hard to deliver public realm and transport improvement schemes across the borough, with projects often including a reduction of visual street clutter as part of their overall benefits.  This includes the West End Project, a £35 million scheme that is underway to deliver exciting improvements to the heart of Camden’s busy West End.