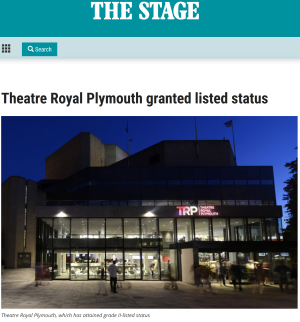 The Theatre Royal Plymouth has been listed in recognition of its importance as an example of post-war repertory theatre, an honour touted by the sector’s news lead, The Stage.

It has been made a grade II-listed building by Historic England. The listing means it has extra legal protection within the planning system.