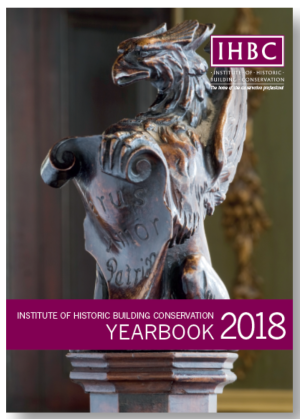 In the IHBC’s 2018 Yearbook themed on the 2018 Belfast School topic, ‘Our Shared Heritage’, an article by IHBC Northern Ireland Branch Chair and lead School organiser, Andrew McClelland, looks at shared heritage from a social perspective.

Regeneration has been a critical public policy concern in the UK for half a century.  In part this reflects the decline of traditional industries and the legacy of vacant and under-utilised land and buildings, many with heritage values. However, regeneration remains the subject of intense debate: how is it best achieved?  What is the role of the state? And, crucially, who does regeneration ultimately serve?

Heritage has a complicated relationship with regeneration: it is historically  associated with gentrification processes and sometimes suffers from the uneven distribution of benefits and costs seen with other economic activities.  Perhaps this is most clearly exhibited in places experiencing tensions from touristic over-development.  Nonetheless, celebrated examples of the transformation of historic assets, often as part of wider initiatives in ‘post-industrial’ cities, include St George’s Market in Belfast and Albert Dock in Liverpool.  The latter has been recognised as a flagship  for waterfront development internationally. While these examples relate to individual sites, the Townscape Heritage Initiative (THI), which is funded by the Heritage Lottery Fund (HLF), is the most prominent heritage-led regeneration programme in the UK.

The Community Economic Development (CED) programme is a more recently established initiative that puts local communities at the forefront of regeneration efforts.  The CED was introduced in England in 2015 with  funding from the DCLG, and is delivered by a partnership involving Locality, the New Economics Foundation, Responsible Finance, the Centre  for Local Economic Strategies and the Community Development Foundation.  The programme sets in motion a community-led process aimed at creating new inclusive economic opportunities for disadvantaged  local areas, with economic growth conceived as a means to an end rather than an end in itself.  The desired long-term outcomes include the re-shaping of the local economy and local  retention of the wealth generated,  for example through the use of local builders in any redevelopment.

For the full text of the article members can check their copy of the Yearbook.

Not an IHBC member: Join here

For more on the IHBC see ihbc.org.uk