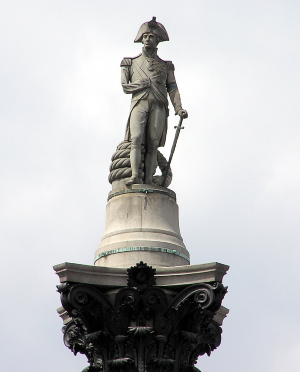 The government heritage body Historic England (HE) has apologised after posting a message online interpreted by some as suggesting that Nelson’s Column should be bulldozed.

Historic England apologised after posting a message online suggesting that Nelson’s Column should be bulldozed. It had uploaded an animated gif on its official Twitter account of the monument being knocked down by a wrecking ball with the text: ‘Revere or remove? The battle over our statues, heritage and history’… ‘What should we do with controversial statues and memorials?’

Intended to spur debate about the place of imperial history in modern Britain, it led to accusations that Historic England was failing on its pledge to ‘minimise the loss’ of historic assets’.

A spokesman for Historic England said: ‘A gif we shared to promote a live Intelligence Squared debate that we are supporting about England’s statues, showed a cartoon image of Nelson’s Column being knocked down. Nelson’s Column was chosen because it is so iconic and well recognised. This does not mean we are in favour of demolition of any monument and the debate is not about Nelson’s Column itself. It is about how the nation responds to criticism of our public statues and monuments and what they are thought to represent. The gif was intended to get this across in a quick and memorable way but we know it has caused some concern so we won’t be sharing it again.’

Read the article in the Times (registration required)