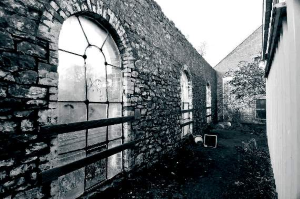 Despite efforts of local action group Save Our Shed (SOS), which wanted the Victorian rail shed at Brunel Road Industrial Estate, Newton Abbot, to be saved from demolition – and had challenged the council on the grounds that the officer’s report did not provide sufficient justification for departing from the Conservation Officer’s advice – new plans for the works have been approved so now ‘BULLDOZERS will be rolling in to tear down a precious piece of railway history’ writes Teignmouth Today.

BULLDOZERS will be rolling in to tear down a precious piece of railway history to make way for a new supermarket in Newton Abbot.

Heritage campaigners had been fighting to stop German retailer Aldi ripping down an old wagon repair store on the Brunel Industrial Estate and replace it with a store.

But despite temporarily halting the scheme last month on legal grounds, the battle was lost… when district planners gave their seal of approval.

The discount supermarket chain had its eyes set on the former David and Charles book publishers site, which has fallen into rack and ruin since closing several years ago.

Approval for the store was given last year by Teignbridge Council but the decision was quashed after action group Save Our Shed argued that insufficient representations had been made about the harm caused to the threatened shed.

Instead of fighting the legal challenge Teignbridge threw out the old plans and presented a new set for the planning committee’s scrutiny.

Councillors reviewed the new scheme today and gave it the green light.

For the process and final decision to approve see Devon Live