IHBC’s CPD in Context: Check out Rob Cowan’s ‘Glossary of paving’ extracts from the Dictionary of Urbanism in issue 152 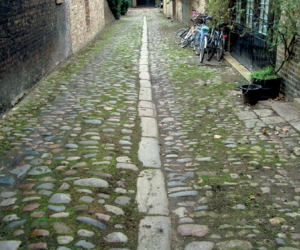 IHBC turns the spotlight on our Context Editor Rob Cowan’s ‘Glossary of paving’ feature in the most recent edition of the IHBC’s membership journal, themed around traditional ‘floorscapes’.

For this issue Rob Cowan has produced a glossary of paving by taking a selection of entries from some 12,000 in the forthcoming second edition of his ‘Dictionary of Urbanism’.

Extracts in the Context article take readers from terms used in traditional local dialect, such as the ‘causey edge’, from Yorkshire, which refers to a kerb, to globally recognised materials, such as ‘macadam’, a ‘type of road construction with a smooth, hard surface, in which layers of compacted, crushed stone are bound with stone dust… pioneered by the engineer and road-builder John McAdam (1756–1836).’