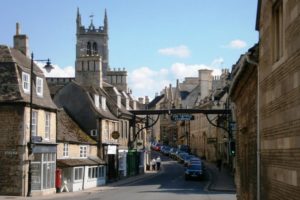 The IHBC has welcomed Civic Voice highlighting the local impacts of conservation cuts on Conservation Areas, referencing research by IHBC and ALGAO published by Historic England, which shows that the number of full-time equivalent historic environment specialists providing advice to local authorities in England has fallen by 36% since 2006.

The conclusion is simple; less staff providing advice to local authorities is threatening the future of our historic environment. As we celebrate 50 years of Conservation Areas, this is wrong.  With conservation staff numbers being so hard hit by cuts, we have to ask how councils are coping with their duties to manage the historic environment. Many will say they have the advice from consultants and private sector. We do not believe that is suitable. The activities of conservation officers are most effective when they are embedded in the local planning authority, rather than being seen as an add-on. A 36% decreased is unacceptable.

Civic voice suggests that it is ironic that this research is now being published. In a few days, the nation will celebrate the town of Stamford, Lincolnshire, becoming the first place in the country to be designated as a Conservation Area and, in recognition of this, South Kesteven District Council is marking the event with a one-day conference on Thursday 21 September 2017 in the Arts Centre in Stamford. The event is being supported by RIBA, Historic England, RTPI, IHBC and Civic Voice.??The day will bring together a range of speakers who represent different professions and stakeholders whose life or work is influenced by the existence of Conservation Areas. The speakers will draw out what lessons have been learnt over the last 50 years and how the application of legislation has affected the way our environments have grown. It should be an excellent event.

Joan Humble, Chair of the national civic movement will be highlighting how important the civic movement is to the future of conservation areas. She will be talking about the work of groups including The Deal Society, Ilkley Civic Society and Reading Civic Society and many other groups standing up for their historic environment. Civic societies are part of the solution. Join us and be part of the solution?

Joan Humble said: ‘Designating a conservation area should not be seen as an end in itself: we live in a changing world and for the historic environment to survive and continue to be cherished it needs to be positively managed. Hamilton Square is a beautiful part of the Wirral and I look forward to attending and talking about Civic Voice’s Big Conservation Conversation.’