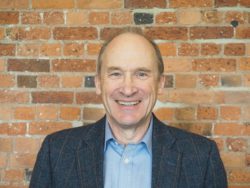 IHBC Chair James Caird has written to the local paper that featured ‘joke’ comments from a Coventry City councillor linked to the sudden departure of the local conservation officer and recent listings by DCMS that, in the councillor’s opinion, threaten his promotion of the redevelopment in the city’s Upper Precinct area.

‘… We can reveal conservation officer of 14 years, Chris Patrick, has left Coventry City Council, with City of Culture year 2021 awaiting…

‘There have been tensions between council plans for economic development and the city’s heritage – and an increasingly bitter fall-out….

‘… Then along comes Historic England… they like the buildings so much they want to list them… but don’t let the truth get in the way of their arcane hobby’.

IHBC James Caird writes to the Coventry Observer as follows:

The IHBC – the UK’s professional body for built and historic environment conservation specialists – is surely not alone in regretting the superficial way in which the heritage issues in Coventry City centre are being debated by some city councillors.  Heritage is a very important component of our culture the value of which is widely recognized, not least by its inclusion as a major feature of our planning law. This determines in a structured way how heritage buildings and places are chosen for protection and conservation and how subsequent decisions are made.

Despite heritage places tending to be attractive the public, some developers unfortunately regard heritage as a problem rather than an asset to be capitalized on.  Sometimes this is because they lack the skills needed to handle heritage issues in a considered manner. It is understandable that elected members are sensitive to threats of investment and job losses, but the proper reaction to situations like this is for developers and local authority conservation staff to work together to resolve the issues.

So reports of conservation staff leaving their posts and councillors criticising national heritage policy from a developers standpoint are not helpful.

Coventry lost a great deal of its heritage in the 1940’s and has been keen, until now, to build new culture from the old. This has been recognized by its being named City of Culture for 2021. The IHBC hopes the City will continue to honour its cultural obligations and commitments.