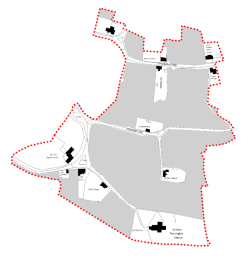 The IHBC has welcomed Civic Voice’s initiative to engage the widest public interest in the 2017 celebrations of the 50th anniversary of the 1967 Civic Amenities Act and its inauguration of Conservation Areas, with the IHBC already proposing a celebratory issue of its membership journal Context in addition to supporting other partnering initiatives.

IHBC Vice Chair Kathy Davies said: ‘We’re delighted so see the Civic Voice take the lead in these celebrations, and we look forward to supporting their initiatives across a range of activities.’

‘The work of Civic Voice is fully in line with IHBC’s encouragement of communities to engage in managing their own historic environment as a result of better understanding and enjoyment of their surroundings.’

The concept of conservation areas was introduced in England, Wales and Scotland by the Civic Amenities Act 1967 through a private members bill led by Lord Duncan Sandys. Civic Voice now holds the annual Sandys Lecture in his name.

When conservation areas legislation was introduced there was widespread public concern over the pace of redevelopment in our historic towns and cities. Today there are over 10,000 conservation areas in the UK (approximately 9,300 in England, 500 in Wales, 650 in Scotland and 60 in Northern Ireland) reflecting the popularity of this legislative tool in identifying and protecting our most valued historic places.

Conservation area designation essentially controls the demolition of unlisted buildings over a certain size and works to protect trees, restricts permitted development rights on dwelling houses and tightens regulations on advertising. It also places a statutory duty on local planning authorities to pay special attention to preserving or enhancing the character or appearance of conservation areas while undertaking their planning duties.

In 2017 and with the support of Laura Sandys, the civic movement will be raising awareness of conservation areas and we want you to show your support. Sign up today to join our newsletter which will keep people updated on our activities. Sign up here.

See below some of the ways your civic society could celebrate 50 years of conservation areas for Civic Day.

We look forward to seeing everyone’s Civic Day plans for next year. Sign up for more information here.