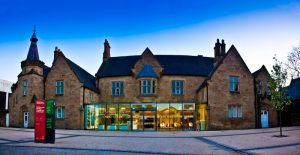 BBC Wales reports that it has been given access to a draft report on ‘damp, mould and condensation caused in Welsh social housing by inappropriate cavity wall insulation’, although the authors and Welsh Government has not offered a comment,  IHBC Wales Branch is pre-empting more problems through its Energy Efficiency seminary on 2 September in Wrexham, so book now!

The problems have been revealed in a draft report for the Welsh government, seen by BBC Wales.

The report, by the Building Research Establishment (BRE), was commissioned by the Wales Low and Zero Carbon Hub, which advises the Welsh government.

It was obtained under a Freedom of Information request by campaign group Cavity Insulation Victims Alliance.’

BBC News report on ‘Historical buildings ‘mistakes’ made by councils’